U.S. Ski & Snowboard recently announced its U.S. Ski Team nominations for the 2022-23 season. Of the 22 athletes named to the team this season, six were not on the previous year’s roster, either newly named or renamed: Michael Earnhart, Walker Hall, Zak Ketterson, Will Koch, Finn O’Connell, and Sammy Smith.

To help fans get to know these new(er) faces, FasterSkier is doing a series of interviews, providing insights into the factors that have contributed to development, progress, and growth for these athletes last season. In this installment, we talk with Michael Earnhart following his nomination to the U.S. Ski Team on its D-Team. Earnhart discusses growing up skiing in Alaska, his successes as a junior, and what to expect as he joins the U.S. team alongside Junior World Championship teammates this season.

FasterSkier/Ben Theyerl (FS): Can you just tell us a little bit about yourself? Where are you from, who have you skied for in the past and who are you skiing for now?

Michael Earnhart (ME): I’m from Eagle River, Alaska, which is just outside of Anchorage. I trained with Alaska Nordic Racing, and then last year moved into Anchorage to train full-time with APU (Alaska Pacific University). I’ve just been trying to stay in Anchorage and Alaska as much as possible because I really think it’s the best place to be a skier in the U.S.

FS: I wanted to hop in right there, congratulations on officially joining up with the U.S. Team. Can you take us through the process that led you to this point – when did you think that joining the national team was a goal you could realistically set for yourself? And what was the process of reaching that goal once it was set?

ME: In the beginning, I was just into running through elementary and middle school, and just wanted to be competitive in skiing for the running aspect of what I was doing, not really thinking about skiing so much. My freshman year of high school I made it to JNs (Junior Nationals) and ended up getting a Top-10 which was when I was like ‘wow, you know, this skiing thing is really cool.’

From that point on, I started focusing more on skiing and got lucky because I was naturally talented to some degree. But I worked hard and was able to make my first international trip (the U18 Nordic Nations trip). That was my first time wearing the red, white, and blue, and I very much went ‘yep, this is what I want to do.’ I wanted to wear that U.S. race suit full time.

FS: Did you make it out to Bend camp this spring? How was the first experience joining up with the team?

ME: I did make it out and it was really fun. Those people on the team are some of the nicest people I know, and so it was good to spend time with them in general, but being at a camp where the goal is to put in some big volume was super beneficial to my training. You also get to just learn different techniques for training from everyone and you’re really motivated. It was all super great.

FS: I’d also note some of those people you’re joining the team alongside. Will Koch and Walker Hall are both joining the D-team with you, and you have experience racing with them at Junior Worlds, but primarily from competing against them in the past. What has the experience been reaching the point of your career where your top competitors are becoming your teammates?

ME: It’s definitely interesting. I’ve known these guys for years as competitors. Like I think I used to in the summer months be thinking things like ‘ok, how do I beat Walker [Hall]?’ And now this summer, I’m living with him and we’re training together. We both want to do well on the international level, and so it makes sense and I’m really excited about it.

FS: You mentioned that you’re skiing for APU, which gives you plenty of examples of U.S. Ski Team members to look up to. You’ve already said that you think Anchorage is the best spot for you to be training, and being from there, I was wondering if you have any reflections on what about it makes it that way?

ME: There’s a lot. You can train at sea-level, and you can train at altitude. You have snow from October through May. We have great roller skiing in the summer and good running temperatures then too. It also stays fairly moderate temperature-wise – like Fairbanks gets too cold to ski sometimes. So, it boils down to access and climate.

I would also add that the community is just really large – there’s more skiers than just APU out here. We’ve got older people, middle-aged people who get out on the ski trails too and give us a lot of support.

FS: Let’s back up and talk about this past season. If you take us back to last Fall, what were your goals going into this season?

ME: My goal was to make Junior World Championships again, and then just perform as well as I could there. Making the [US Ski Team] D-Team was on my mind, but I didn’t want to set any specific numbers results-wise that I thought would get me there. I didn’t want to say that I had to get a top-15 at Worlds or go for the win or whatever, it was just going to be do whatever I could to get myself onto the D-Team.

FS: I did notice that after Junior Worlds you chose to race in Minneapolis at Junior Nationals (JNs), and you dominated that U20 category. What was your thinking in doing that versus say, going to OPA Cup finals?

ME: There were a couple things going on there, but I think the big thing was that it was my last year as a junior so I may as well go have some fun with the guys that I’ve grown up skiing with in Alaska. I wanted to have one more fun time at JNs and I knew I could potentially win some races. I wanted to have a kind of “finish” to my time as a junior and mark it by spending time with the people that have helped me along the way the last four or five years in skiing.

FS: Quick follow-up: Any comments on the choice of a mullet in Minneapolis?

ME: You know, I started doing that a couple years ago. I like the idea of growing your hair out all winter to cut it for spring racing. I had a friend cut my hair in the hotel bathroom the night before the first race, and well, I thought it looked pretty good, so…

FS: I think we all did. If you could pick one highlight from this season, what would it be?

ME: For me, that’s pretty easily the relay at Junior Worlds. Even though we only got 3rd place when we wanted to win. I felt like it showed that the generation that came just before us, yes, they could get the US a gold medal and make history. But we’re here too, able to get a podium. I think it shows that US skiing is here to stay – we’re going to keep getting better. I’m really proud of having been a part of that.

FS: That brings us up to this training year. What are you thinking your goals are individually this next season? And what do you want to accomplish alongside those team members that you’re joining the U.S. Ski Team with?

ME: It’s hard to say right at the moment. I’m kind of at a weird age now being a first year U23, especially when we have so many fast U23s on the team already. I don’t have any specific goals set yet. I just really want to have a productive training year and race as fast as I can. Maybe some top-10s at U.S. Nationals – if you’re looking for a number, I’d put that out there.

I just want to be as close to winning as I can, and any race that I do, just race hard.

FS: All sounds good to me. Thanks so much for helping us get up to speed, and good luck next season!

Ben Theyerl was born into a family now three-generations into nordic ski racing in the US. He grew up skiing for Chippewa Valley Nordic in his native Eau Claire, Wisconsin, before spending four years racing for Colby College in Maine. He currently mixes writing, politics, and skiing (not necessarily all related) while based out of Crested Butte, CO, where he coaches the best group of high schoolers one could hope to find. 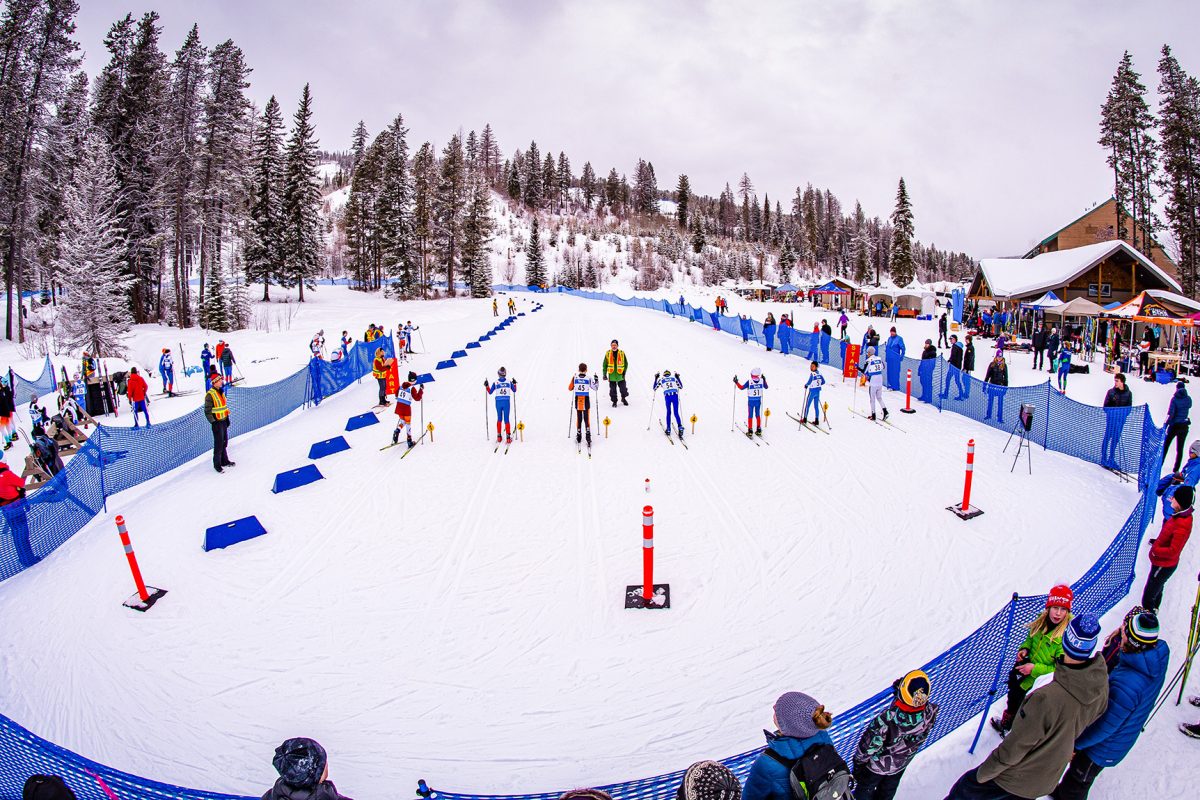 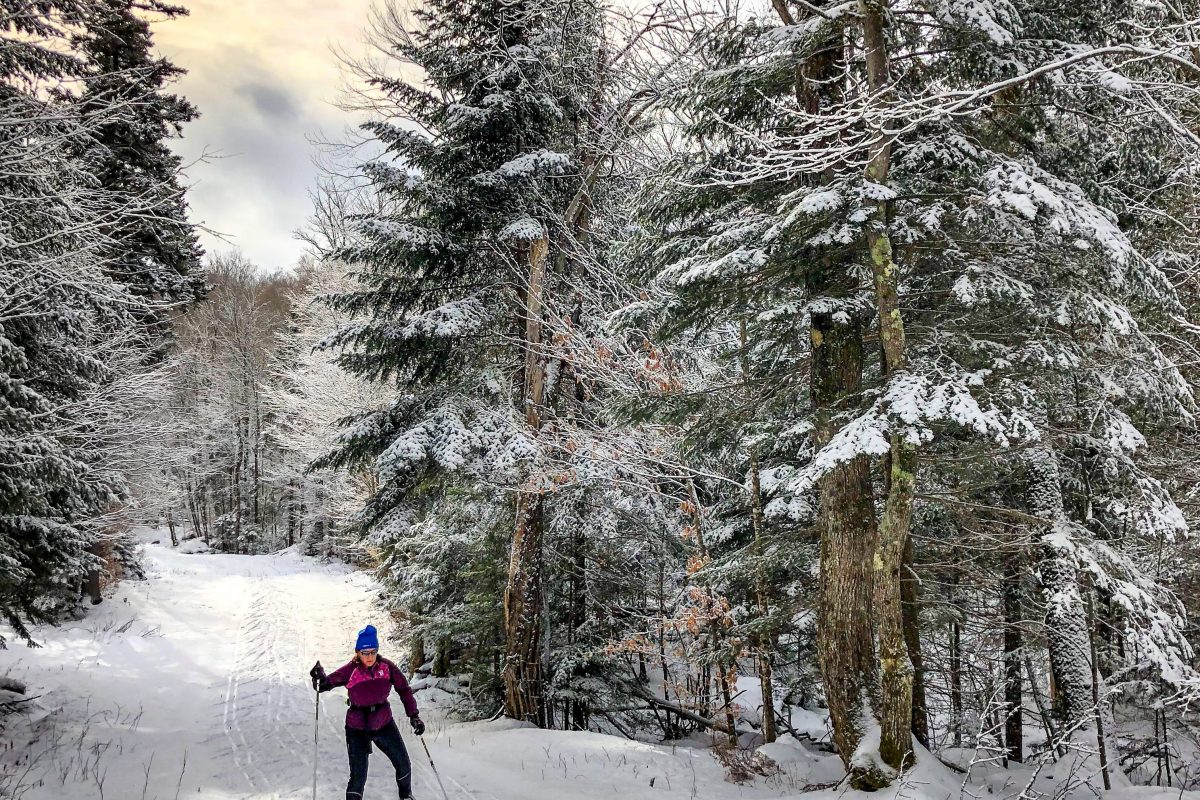 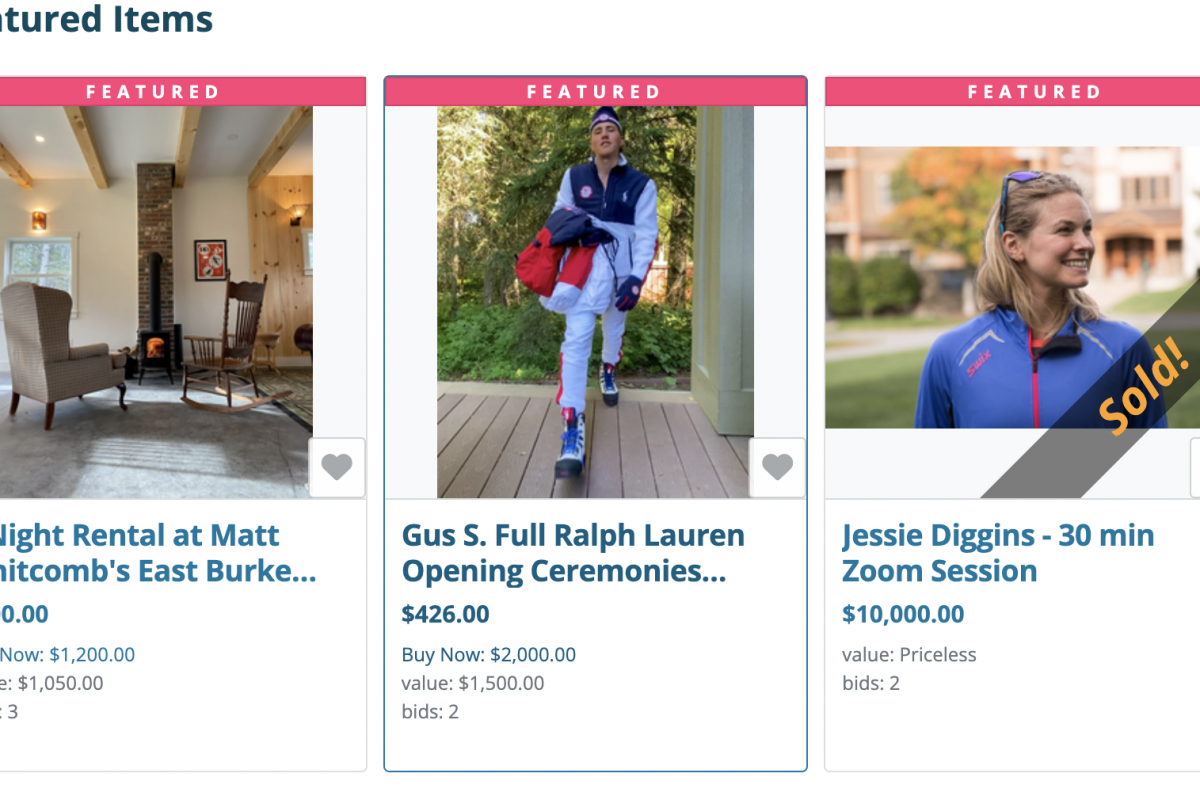